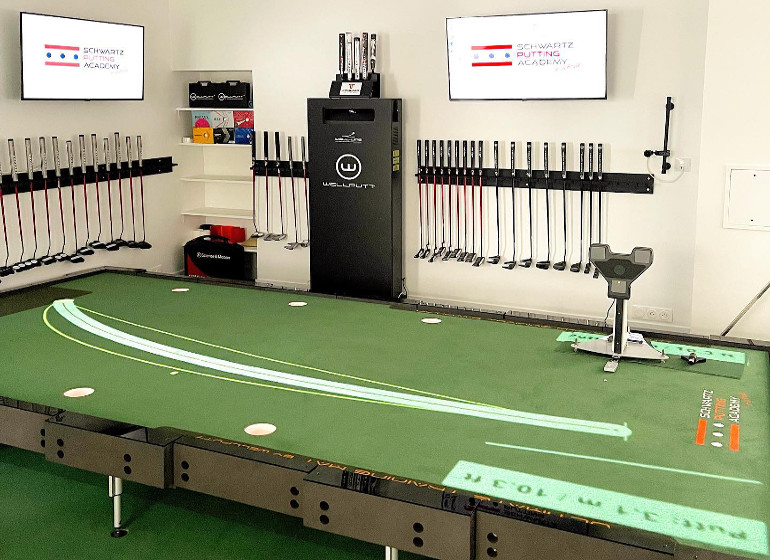 Former player of the European professional circuits, Antoine Schwartz inaugurates the Schwartz Putting Academy in La Boulie on May 22, 2022. This little jewel of technology in the expert hands of this Racing boy aims to help all audiences to progress in the putt, at this prestigious golf course in the Paris region that offers a new high-level tool complementary to the Rozner Academy.

Winner of the Pro Golf Tour Order of Merit in 2016 and Challenge Tour player for several seasons, anthony schwartz launches Schwartz Putting Academy in La Boulie on Sunday, May 22, 2022. After the Rozner Academyon the same prestigious golf course in the Paris region, is a new high-performance tool for the Racing Club de France golf course. “It’s been a year and a half since I stopped my career.explained to us. I wanted to convey and share my experience. And as a former La Boulie and Racing player, it was natural for me to try to find a way to teach there.added the man with six pro wins. 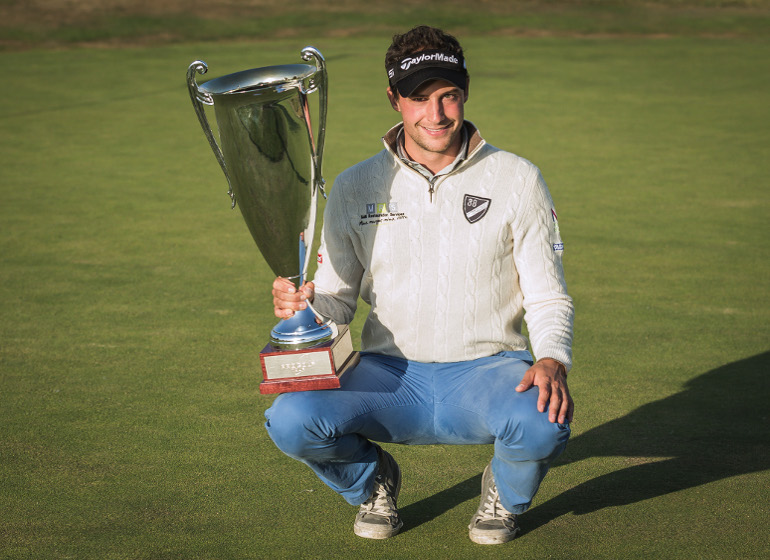 Particularly gifted for the putt, the 33-year-old Racingman has logically specialized in this important area at a high level. “I wanted to specialize in putting. It is a fundamental part of the game to score well. I have always been very interested in this part of the game and trained a lot on it. I was recognized as a very good putter on the professional circuit. It seemed obvious to me to specialize my teaching towards putting after my playing career.» 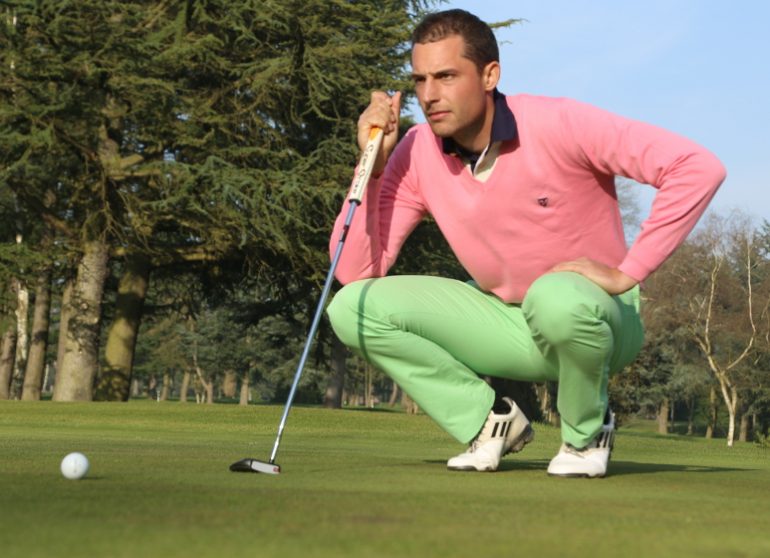 With the help of Arnaud Bonhomme and the late Christian Bonardi

If the Golf de La Boulie, where he arrived at 15, quickly prevailed in his eyes, it was still necessary to have the agreement of the sports commission and find the necessary tools. “Arnaud Bonhomme, a member of the sports commission, always encouraged me to develop my putting academy in La Boulie. He also advised me to use an apartment in La Boulie, ideally located opposite reception. I also thank the family of Christian Bonardi, emblematic Racing coach for more than 40 years, who passed away in August 2021. I spoke a lot with his ex-wife Paola and his children. They confirmed to me that Christian would have loved to have an acting center in his apartment. The entire sports commission shared this point of view and I am very proud to be able to pay this tribute to Christian Bonardi with this complex set up in his old apartment..” 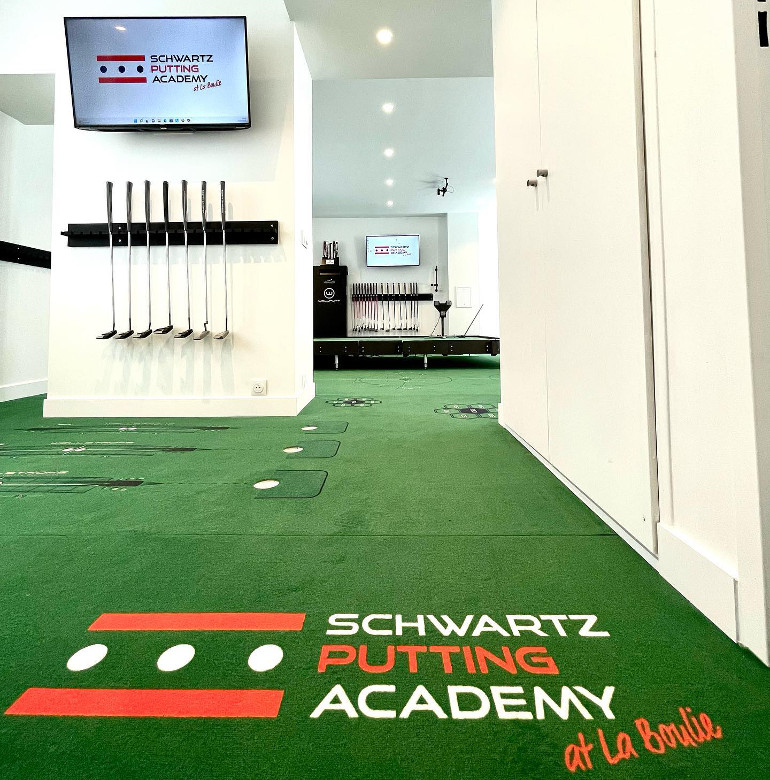 Very high-level tools open to all

After long months of reflection, work and installation, the Schwartz Putting Academy in La Boulie will officially open on Sunday, May 22, 2022 at the Golf de La Boulie. Aimed at promoting the Racing teams, whose flag team has risen to the first division, the academy is open to everyone, amateurs, professionals, members or not of La Boulie. “It is a great tool to help the Racing teams, the golf school and my students to progress. There is also a mounting center to adapt the putters to the characteristics of the players. All tools remain open to everyone, whether or not you are a member of La Boulie. I can also take advantage of the two large putting greens at La Boulie which are, of course, an extraordinary complementary tool. But it is true that being able to work indoors offers many possibilities and protects you from the vagaries of the weather. With four cameras, a Sam PuttLab and a Capto, computers and giant screens to transcribe the information, and a Wellputt Big Tilt platform, which allows you to vary the slopes on your putt, it is truly a high performance analytical space. There is also an assembly center. I have a hundred putters in the center. And if specific changes need to be made to the lees or lofts, for example, I am in contact with all the brands and we can do whatever is necessary.» 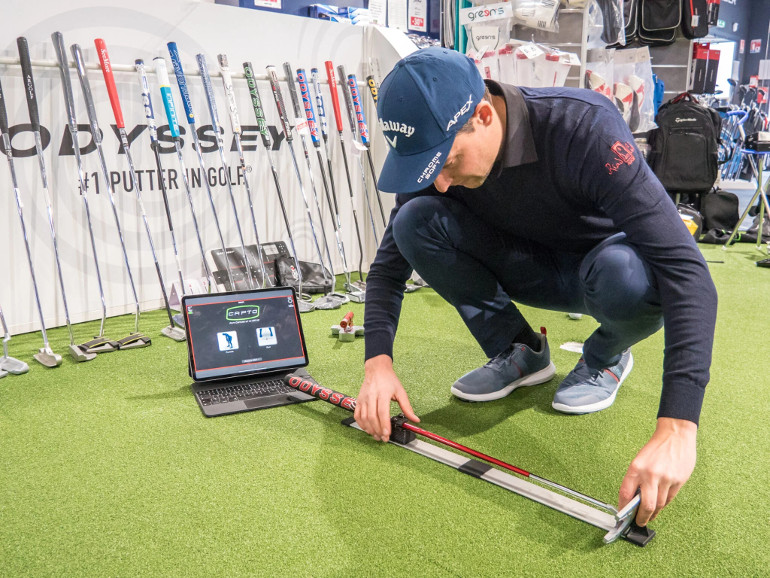 As well as the Rozner Academy for amateurs and professionals.

A few months after the announcement of the creation of the Rozner Academy in La Boulie, it is an ideal complement to the Racing Club de France teams led by former DP World Tour cadet Cyril Miranda. “Cyril Miranda is in charge of the flag teams and I advise all the teams on the putt. We return to the first division, where logically we should be, thanks above all to the work of Cyril. And we hope to win team and individual titles. I also have amateur players who come to see me individually for more specific jobs and even professionals like Manon Gidali, Agathe Sauzon either Sebastian Gros. We are very complementary with Cyril Miranda, Olivier Rosener Y Pierre-Henri Leclerc. The latter have created their academy and this putt center comes as a complement.» 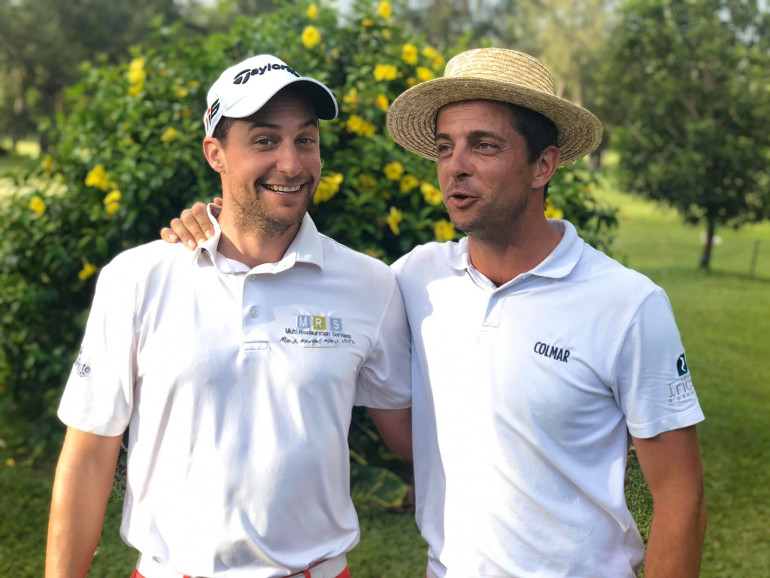 Sponsor of the Beachcomber Golf Cup

Young retired from the circuits and still full of energy, Antoine Schwartz has also agreed to be the sponsor of the Beachcomber Golf Cup 2022, whose final will be played in mid-November in Mauritius. “I have agreed to be the sponsor of the Beachcomber Golf Cup 2022. I thank Antoine Robin and his teams for trusting me. I find the unique format of this six-hole mixed doubles greensome competition very appealing, as does the prospect of the national final at Golf de Saint-Germain, then in Mauritius. And since I’m still a bit of a competitor, I’m also lining up with my friend from Racing Louis Cohen Boyer for the French teachers’ doubles championship at the end of June at the Golf des Aisses. But first, gather on Sunday May 22, 2022 for the official opening of the Schwartz Putting Academy in La Boulie… and whenever you want for putting lessons!

Welcome to our sponsor Antoine Schwartz who will accompany the 4 duos classified for the grand final in @mon_ilemaurice in Trou aux Biches @Wave_ 🏌🏾‍♂️🏌🏻‍♀️⛳️6️⃣🏝🇲🇺#match #6holes #double #mixed #beachcomberexperience #enrutapourleleMaurice pic.twitter.com/VEoAVibTO0