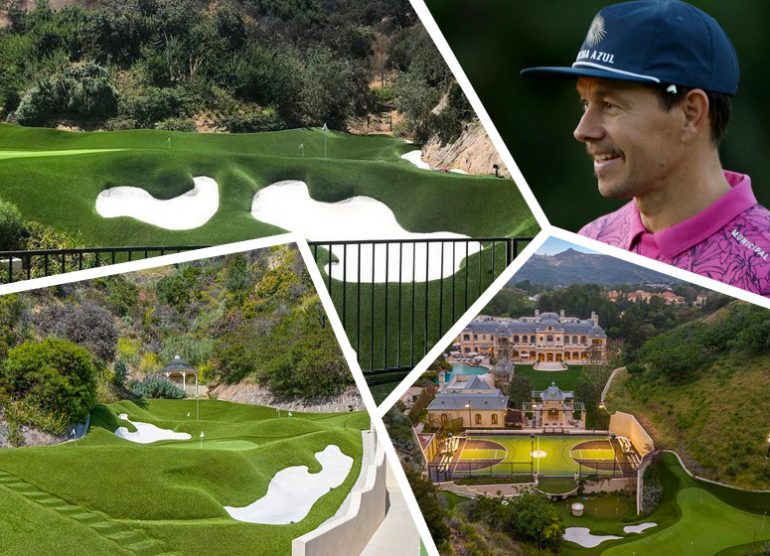 Mark Wahlberg allegedly bought the property for around $8.25 million and then hired the architect richard landri, nicknamed the “King of the Mega Mansion”. Today the advertised sale price is $87.5 million.

The house, currently occupied by the 50-year-old actor, his wife and their 4 children, has 12 bedrooms and 20 bathrooms.

The new owners will have a winery with a tasting room, a movie theater with comfortable seats for more than 15 spectators. One small regret, though, despite its location atop the Beverly Hills mountains and 2.45 acres of land, views of the city lights are lacking.

5 holes for this “crazy” golfer

Hidden behind giant gates and protected by an elaborate security system, the property consists of this huge main house, but also a separate guest house, a swimming pool, a tennis court, a skate park and, above all, a 5 hole golf complex.

There is an elevated tee near the house that leaves a full wedge shot to the main green carved into the hillside, but also dedicated approach practice areas below.

The actor often invites his friends to participate in frantic approach contests on the synthetic greens. the mexican of PGA Tour, Abraham Ancerhad the privilege of being there earlier in the year.