Gary Player announced yesterday the death of his wife Vivienne, to whom he was married for 64 years… Many testimonials of friendship and sympathy then poured in from all over the world as this couple was admired and loved in the world of golf and beyond.

Vivienne Player was diagnosed with pancreatic cancer just over a year ago.

This is his moving text that he released yesterday: 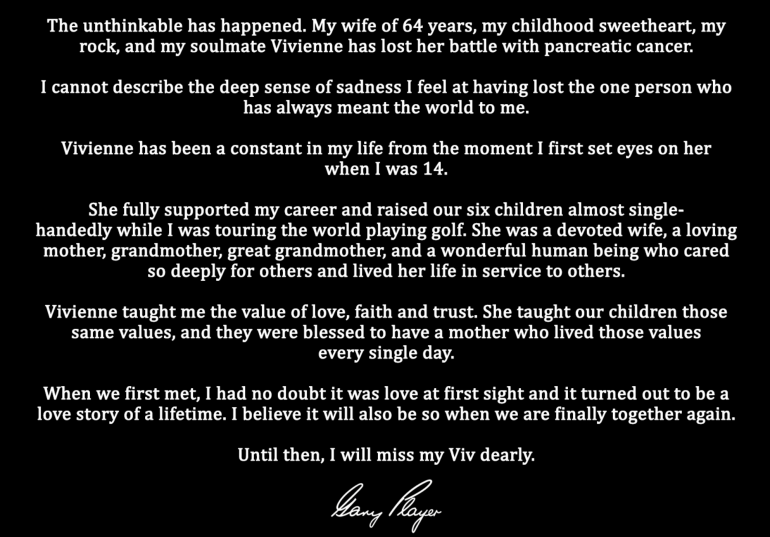 Statement from Gary Player on the passing of his wife, Vivienne. pic.twitter.com/Qg7pDbYBub