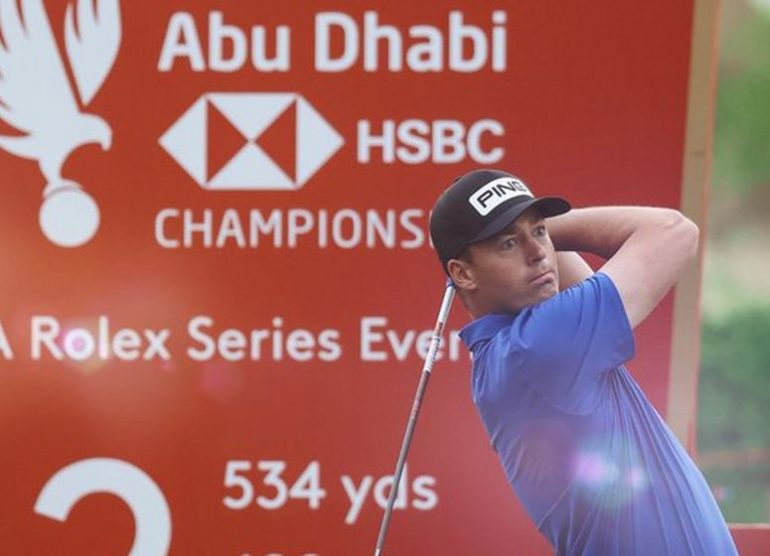 His mixed start to the season, his foray into the Asian Tour, the pharaonic project of the Super Golf League orchestrated by the Saudis, his possible return to the PGA Tour, the end of his collaboration with JP Fitzgerald… Víctor Pérez does not evade any topic . And he wants to remain necessarily optimistic for 2022.

From his fourth place on March 28, 2021 at WGC-Match Play in Austin (Texas), the Tarbais is going through a delicate moment with, in particular, only one top 10 finish on the European Tour (8th in the Portuguese masters November 7). Although he recently managed to clear all three cuts in Abu Dhabifor Dubai then in Saudi Internationalon’asian tourformer winner of Dunhill Links Championship In October 2019, who also left the world top 100 two weeks ago, he finished very far from the leadership (between positions 53 and 60), signing only two cards under par in twelve days. But we know that a golf season is long. And the turns, many. Be patient!

What is your first balance of your start of the season?

Inevitably, I won’t be completely satisfied with my results with two cuts that barely pass each other. In Abu Dhabi I did not finish well. So good, there is no bad, good, less good… We can always hope for something better but it is still positive.

Did you expect to experience so much difficulty crossing the cuts in these tournaments on the increasingly hard field?

Yes and no. It is part of golf. In Abu Dhabi I played well except for Sunday. I think the glass should look half full and not half empty.

What was the hardest thing for you about recovering from your semi-finalist spot in WGC-Match Play at the end of March 2021?

It’s hard to point a finger at something in particular like that. I think you have to see all this as learning, in its entirety and tell yourself that it is a stage.

People who are carried away by regrets are, I think, bitter people, who want to have the most all the time.

What do you regret the most when you look back over the last few months? Have you missed the cuts at all four Majors? Have you made the decision not to participate in the Olympic Games? Of not having played the Ryder Cup?

What will your program be in the coming weeks?

I do not know yet. There have been postponed or canceled tournaments. I think you have to manage it week after week because it can go very fast in one direction or the other.

Will you be in Kenya in early March and then for the two scheduled events in South Africa?

It’s possible… I still don’t know what my final decision will be. As always, you will feel. Even if I already have a bit of a plan in mind. We will see…

I had the opportunity to participate in the European Tour through the Alps Tour and the Challenge Tour. I think I will always be attached to the European circuit because it allowed me to get on the world stage.

In 2021, you played, excluding Majors and WGC, 14 European Tour tournaments. Are you going to play a little more in 2022?

My philosophy has always been to play when I feel ready, when we are trained, when the preparation has been done. And not for going to play thinking that with a bit of luck it can happen. It won’t change there. As such, I think the season (2022) will look like the last few seasons. I don’t expect big changes. That’s not how I see performance.

You made a foray into the Asian Tour in early February. Can we see you again on this circuit in the next few weeks, the next few months?

I had a very good experience in Saudi Arabia in a tournament that was still last year on the European circuit. A course where I had many good feelings. So it was a no-brainer for me to get back to playing on a track that I liked. Then, once again, it will be according to the calendar and the evolution of the season. You can’t necessarily plan ahead…

What is your opinion on the Saudi-backed multi-billion dollar Super Golf League project?

I had the opportunity to participate in the European Tour through the Alps Tour and the Challenge Tour. I think I will always be attached to the European circuit because it allowed me to get on the world stage. After… There are still many uncertainties between all the Towers, with difficult decisions… Each player will do what he thinks is best for him. As far as I’m concerned, it’s hard to have an opinion. I’m at the beginning of my career, it’s only my fourth year… I don’t want to make a decision too soon. Be it one way or another. Although there are interesting aspects in each circuit…

I don’t want to reveal all the ups and downs of every relationship. I think every player has a special relationship with their caddy. It’s an intimate relationship, we spend a lot of time together.

Will we also see you on the PGA Tour in 2022, perhaps in the form of invitations?

Everything will depend on my level of play, my results, how my season evolves… From there the decisions will be made. It can go so fast one way or another. Above all, you must keep an open mind and not get too stuck in a pattern that can change. We can see how quickly everything can evolve in golf.

You are currently caddy James Erkenbeck, a former college buddy in New Mexico. Will he stay with you all season on the DP World Tour?

Yes ! He is someone who has a great amateur career. Above all, he is someone with whom I have a great bond. This is one of the elements weighed in the balance to make this choice.

What was the reason for the end of your collaboration last August with JP Fitzgerald?

They are quite personal reasons. I don’t want to reveal all the ups and downs of every relationship. I think every player has a special relationship with their caddy. It’s an intimate relationship, we spend a lot of time together. So here it is… It helped me a lot in my career, it allowed me to experience exceptional things. I was very lucky to have it in the bag.

In every relationship, the feeling changes. Even in his personal life. You have to adapt as best you can to all this… But I don’t want to point the finger at something more than anything else…